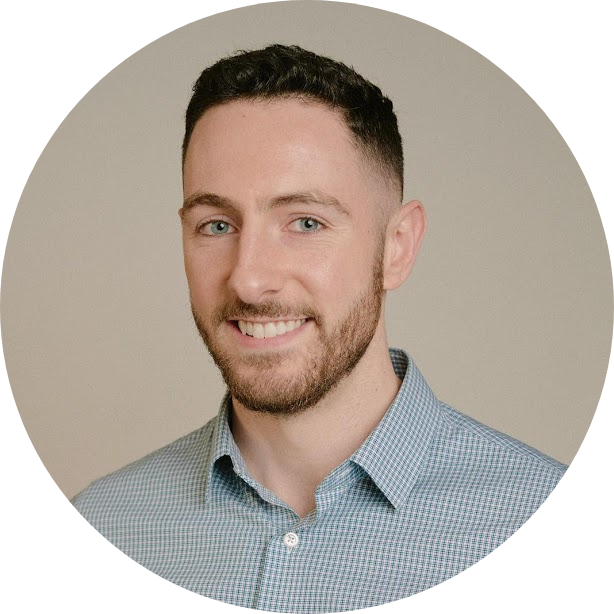 I'm a PhD student in the Theory of Computation Group at Columbia University, advised by Rocco Servedio and Xi Chen.

I'm interested in algorithmic efficiency, chance, complex behavior, and the ways in which analytic thinking can solve everyday problems. My non-research interests include trail running, reading, and exploring the natural world.

Interested in pursuing a PhD in (theoretical) computer science? Here's a talk (slides) I gave for Columbia's Demystifying the Dissertation series on the experience of doing research in theory and PhD life more generally, and here's one (slides) from a later iteration of the series that discusses the application process in a little more detail. If you're ready to explore the possibilities of a PhD in CS, here's some advice on considering and applying to grad school that I wrote shortly after deciding to join Columbia.

If you'd like to chat, please email me at the address at the bottom of the page. I'll answer if time permits and I'm well-positioned to give you a helpful response.

A major goal in the area of exact exponential algorithms is to give an algorithm for the (worst-case) n-input Subset Sum problem that runs in time \(2^{(1/2−c)n}\) for some constant \(c>0\). In this paper we give a Subset Sum algorithm with worst-case running time \(O(2^{n/2⋅n−γ})\) for a constant \(γ>0.5023\) in standard word RAM or circuit RAM models. To the best of our knowledge, this is the first improvement on the classical "meet-in-the-middle" algorithm for worst-case Subset Sum, due to Horowitz and Sahni, which can be implemented in time \(O(2^{n/2})\) in these memory models.

Our algorithm combines a number of different techniques, including the "representation method" introduced by Howgrave-Graham and Joux and subsequent adaptations of the method in Austrin, Kaski, Koivisto, and Nederlof, and Nederlof and Wegrzycki, and "bit-packing" techniques used in the work of Baran, Demaine, and Patrascu on subquadratic algorithms for 3SUM.

Our approach relies on new structural results that characterize the probability that \(\sum_{i} c_i x_i =\tau\) has a solution \(c \in C^n\) when \(x_i\)'s are chosen randomly; these results may be of independent interest. Our algorithm is inspired by the "representation technique" introduced by Howgrave-Graham and Joux. This requires several new ideas to overcome preprocessing hurdles that arise in the representation framework, as well as a novel application of dynamic programming in the solution recovery phase of the algorithm.

We analyze the \(k\)-ticket lottery, which is used to allocate hunting permits in the state of Alaska. Each participant is given \(k\) tickets to distribute among lotteries for different types of items. Participants who win multiple items receive their favorite, and new winners are drawn from the lotteries with unclaimed items.

When supply is scarce, equilibrium outcomes of the \(k\)-ticket lottery approximate a competitive equilibrium from equal incomes (CEEI), which is Pareto efficient. When supply is moderate, \(k\)-ticket lotteries exhibit two sources of inefficiency. First, some agents may benefit from trading probability shares. Second, outcomes may be "wasteful": agents may receive nothing even if acceptable items remain unallocated. We bound both sources of inefficiency, and show that each is eliminated by a suitable choice of \(k\): trades are never beneficial when \(k=1\), and waste is eliminated as \(k\) approaches infinity. 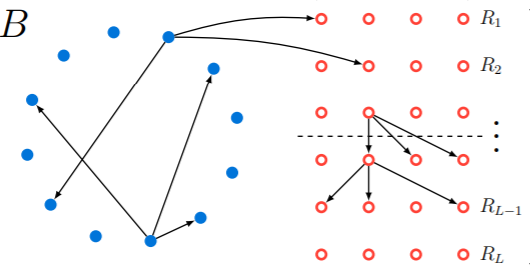 We consider the problem of finding a cycle in a sparse directed graph \(G\) that is promised to be far from acyclic, meaning that the smallest feedback arc set in \(G\) is large. We prove an information-theoretic lower bound, showing that for \(N\)-vertex graphs with constant outdegree any algorithm for this problem must make \(\tilde{\Omega}(N^{5/9})\) queries to an adjacency list representation of \(G\). In the language of property testing, our result is an \(\tilde{\Omega}(N^{5/9})\) lower bound on the query complexity of one-sided algorithms for testing whether sparse digraphs with constant outdegree are far from acyclic. This is the first improvement on the \(\tilde{\Omega}(\sqrt{N})\) lower bound, implicit in Bender and Ron, which follows from a simple birthday paradox argument.

We present a new model for hybrid planarity that relaxes existing hybrid representations. A graph \(G=(V,E)\) is \((k,p)\)-planar if \(V\) can be partitioned into clusters of size at most \(k\) such that \(G\) admits a drawing where: (i) each cluster is associated with a closed, bounded planar region, called a cluster region; (ii) cluster regions are pairwise disjoint, (iii) each vertex \(v \in V\) is identified with at most \(p\) distinct points, called ports, on the boundary of its cluster region; (iv) each inter-cluster edge \((u,v)\in E\) is identified with a Jordan arc connecting a port of \(u\) to a port of \(v\); (v) inter-cluster edges do not cross or intersect cluster regions except at their endpoints. We first tightly bound the number of edges in a \((k,p)\)-planar graph with \(p<k\). We then prove that \((4,1)\)-planarity testing and \((2,2)\)-planarity testing are NP-complete problems. Finally, we prove that neither the class of \((2,2)\)-planar graphs nor the class of \(1\)-planar graphs contains the other, indicating that the \((k,p)\)-planar graphs are a large and novel class.

My second time teaching COMS W3261, I focused on accessibility, effective use of virtual resources, and equity in grading. See my Teaching Portfolio for more details.

Mathematics teaches us to ask questions like "What is the value of f(x)?", "Do any objects of type Y exist?", and "Is Z true?" Theoretical computer science builds on this tradition, expanding our field of inquiry to include questions like "How much time (and other limited resources) does it take to evaluate f(x)?", "Can I write down formal instructions for finding a Y?", and "Can the truth of Z be computed?" In theoretical computer science, we define problems formally and think about how hard they are to solve under various models of computation.

Teaching Observation Fellows are Columbia University doctoral students who work closely with the Center for Teaching and Learning and with each other on a range of supportive, formative, peer-to-peer teaching observation activities.

The Innovative Teaching Summer Institute (ITSI) is a four-day series of collaborative workshops, discussions, and shared reflections all centered on the use of emerging teaching practices and technologies to support effective teaching. ITSI is a unique opportunity for graduate student instructors to work with peers from a variety of disciplines, discuss pedagogical priorities, connect with resources and support, and develop themselves as innovative teachers.

Along with Clayton Sanford, I'm the Computer Science PhD Student Representative at Columbia University. We're working to make the department more transparent and accessible to PhD students by building knowledge bases and creating structured channels for feedback to faculty and administration.

With Roland Maio, I coordinate the Emerging Scholars Program at Columbia University. As the program goes into its thirteenth year, we're working to broaden the diversity of student perspectives in the department and give CS majors at Columbia the tools to reason ethically about Computer Science.

I focus my outreach work on making the path to graduate education easier to understand and navigate. I speak as part of Columbia's Demystifying the PhD and Demystifying the Dissertation outreach lecture series.

I assist in organizing the Student Workers of Columbia. Living wages, fair benefits, and discrimination recourses ensure that student workers can do their jobs without facing poverty and harassment. Moreover, they make work in academia accessible to those with fewer outside resources.

I'm a proud participant in the ongoing struggle to create a just, antiracist Computer Science department at Columbia. In this context, I'm working on expanded outreach to broaden the pool of research applicants and improving admissions practices and oversight. (If you're interested in recieving feedback on your personal statement for the PhD program before applying, check out our Pre-Submission Application Review program.) 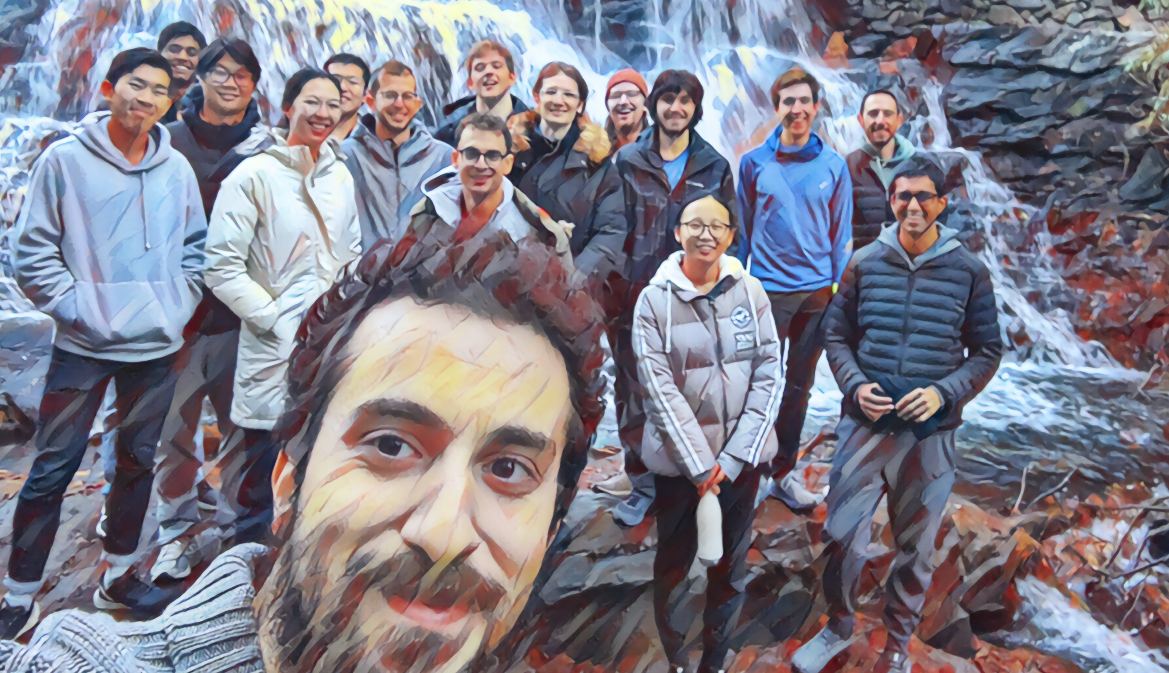